Australia’s economic trade position has been a hot topic this month, with the Chinese diplomats calling for ratification of the China-Australia Free Trade Agreement (ChAFTA) and a last minute settlement on the Trans Pacific Partnership (TPP) with Australia and 11 other countries.

Although Australia is yet to ratify ChAFTA, and the TPP is still being negotiated within the governments of respective member countries, they set precedents for stronger economic ties and increased trade flows.

But what effect do the successful negotiations of these agreements have on Australia’s housing market? It is worth noting that the ChAFTA does have provisions for easier asset acquisition. The document states that:

“Australia shall accord to investors of China treatment no less favourable than that it accords… to its own investors with respect to the establishment, acquisition, expansion, management, conduct, operation and sale or other disposition of investments in its territory.”

“every kind of asset that an investor owns or controls, directly or indirectly, which has the characteristics of an investment, such as the commitment of capital or other resources, the expectation of gain or profit, or the assumption of risk.”

Secretariat of the Foreign Investment Review Board confirmed that the agreement does not include residential dwellings, so the regulatory framework around foreign purchases of housing would remain as the status quo.

The current framework for residential real estate is as follows:

Given that this framework will remain unchanged under new trade agreements, it is worth considering where the agreements may have indirect impact on the housing market.For example, increased interest in Australia’s beef and dairy exports, which are made cheaper through agreements like TPP and ChAFTA, will likely see increased export demand and foreign investment. Increased demand and investment leads to the development and expansion of agricultural sectors, which requires more workers who demand dwellings, thus driving residential development and prices.

These include areas such as Rockhampton, renowned for fine beef exports. This is aided by developing economic trading partners becoming more consumer orientated and demanding fine food exports.

Secondly, increased demand for commercial real estate in certain areas may make residential housing more expensive. Regional towns and cities that will see an influx of demand from the trade agreements can expect dwelling prices to increase as less land is designated to residential dwellings in favour of new offices, warehouses and production plants.

Chinese investment in Australian commercial real estate increased by over 300% between 2012 and 2013, and at 2014 46% of foreign direct investment received by Australia from China was in commercial real estate. However, price increases in real estate may be offset by increased employment and wage growth opportunities. The extent of economic benefit and employment from these emerging trade opportunities is unclear as Australia already has bilateral FTAs with eight of the 11 other nations that signed the TPP.

Bad News for the Australian Economy?

The Australian economy received three pieces of bad news recently, but this doesn’t mean that the sky is falling in:

Judging by the media headlines – this is telling us that we are all doomed and we should sell all of our assets and hide the cash under a mattress. But Australia has a long history of adapting to adversity. Who remembers the Asian crisis in the 1990’s? The dot-com bubble? The Global Financial Crisis?

None of the crises were an economic disaster for Australia, primarily due to a balanced economy, limited debt and a flexible exchange rate.

Certainly, our debt position is not as strong as it used to be, but we still have other weapons in our armoury. However, recent data indicates that these capital inflows are being used to prop up Australia’s day-to-day consumption rather than investing in our economy. Year-on-year capital expenditure is down by 10%.

I would argue that the inherent stabilisers in our economy will see us through – even if not on a stellar trajectory. Australia is not a one-trick-pony. As the resources boom comes off, I would argue that other sectors will beef up, particularly those that will benefit from a weaker Australian dollar:

Against the US dollar, the Australian dollar is still about 18% above the low it set in 1986, when persistent large current account deficits prompted Paul Keating to declare that Australia was in danger of becoming a banana republic. On a trade-weighted basis, it is two thirds higher now than it was then.

It is probably true that our current political leaders on both sides lack the courage to face up to the structural challenges our economy faces, but thankfully our economic fundamentals are strong enough to keep going, regardless.

In 2013, a budget standoff between President Obama and Congress led to a prolonged shutdown of the US government – yet most observers see the US economy going from strength-to-strength.

In 2011, Belgium went 589 days without a government yet things kept ticking over such that Greece, Italy, Spain and Portugal are Europe’s economic concerns.

A strong argument can be made that we are living beyond our means, but that does not mean that it can’t be fixed. 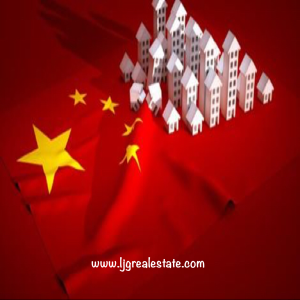 Have you noticed that there’s not too much talk about Greece at the moment. China has captured the headlines.

Will this be the case?

Let’s think about it… But first, here is a little bit of recent history.

Although the top of any bubble is hard to pick, there are often things that generate a few warning signs. That was the case recently in the Chinese equity market.

China’s Shanghai Composite came to life in the second half of 2014 and began to accelerate to the upside in early March 2015. By the beginning of April, there were some warning bells as signs of rampant speculation emerged. Outstanding margin debt on China’s two major bourses rose to excessive levels and mainland investors opened stock trading accounts at the fastest pace ever. These are classic symptoms of speculative behaviour.

So where does that leave us?

If the Chinese equity market has indeed registered a major peak, how will that affect Chinese investment in Australian property? As always there are two sides to the discussion.

On the pessimistic side, some argue that the fall in the stock market has had a negative wealth effect on the Chinese wanting to invest in Australian property. They also argue that many investors have already paid a deposit on a property but may find it difficult to settle. This could put downward pressure on property prices.

The other negative argument is that the ‘crash’ may affect the broader Chinese economy, lowering growth and again lowering the wealth of the Chinese investor.

On the other hand, yes, the equity market has fallen dramatically, but in reality it has reverted back to where it was in March. So it is only the investors who came late to the party that will be in the red. There is anecdotal evidence to suggest that the ‘smart’ investors may have sold ahead of the peak, and ahead of the ‘pack’. Now, with the continued fall in the Australian dollar, those who are cashed up are seeking a safe and less volatile haven in Australian property.

As far as the effect on growth rates are concerned, we should keep in mind that share prices on the Chinese stock market do not necessarily reflect the underlying health of the economy. A recent article in The Economist maintains that the tradable value of the Chinese market is about 40% of GDP, whereas in mature economies it is typically more than 100%.

Remember that Chinese growth has slowed over the past couple of years as the share market has rallied. So the correlation is not great.

So who will be right – the pessimists or the optimists?

It’s a fairly evenly balanced argument so it could be either. But even if there is a slowdown in Chinese investment, it could simply stabilise overall demand rather than bring it to a standstill.

And what if the Chinese market comes to life again? That’s a thought for another day.

L J Gilland Real Estate is a prestigious boutique agency specializing in Property Investment Management Services and the Sales of Investment Properties with tenants in place. Comprised of a top performing group of handpicked specialists, our Agents proudly serve Property Investors in Queensland.

Since 1996 our Agency has demonstrated a genuine enjoyment of working with people, developing long-term relationships and delivering on the promise of great service. Carlos and Linda Debello offer property investor’s the confidence to sell and lease in any market. We provide comprehensive market appraisals, exclusive multimedia marketing campaigns, and knowledgeable, highly personalized counsel on all aspects of real estate. Our Property Management Team is equally considerate, offering investors with in-depth advise, well-researched rental valuations, and highly professional rental management services.

facebook.com/ljgrealestate & Find Us on Google+