Brisbane, the Gold Coast, Sunshine Coast and Cairns have been prime locations for property value growth, in the past year according to a new state government report.

Land value has increased by an average 5.6 per cent in Queensland over the past year.

Brisbane, the Gold Coast, Sunshine Coast and Cairns have been prime locations for property value growth, in the past year according to a new state government report.

The 2015 Valuer-General’s Property Market Report shows an average 5.6 per cent growth in land values for Queensland over the past year.

In Brisbane, suburbs such as Newstead, Bowen Hills, South Brisbane were in high demand in 2014, according to the report.

“This has translated into significant land value rises,” it says.

The  report also shows renewed interest in relatively cheaper land and properties affected by the 2011 floods.

“Flood-impacted suburbs such as Chelmer, Graceville and Sherwood showed large increases in site valuation which previously had included flood impact allowances ranging from 10 per cent to 25 per cent.”

In the inner-city, South Brisbane, West End and Kangaroo Point recorded a 14 per cent increase in overall valuations.

On the back of the report’s arrival, however, Queensland University of Technology property economist, Professor Chris Eves, warned a glut in apartments in Brisbane’s CBD, South Brisbane and West End, would cause a price crash for apartments in 2016.

Professor Eves said research showed there had been a 9 per cent increase in the number of approvals for apartments in inner-city Brisbane in the past year.

“But we are not seeing the same sort of increase in the population,” he said.

The crash will hurt major developers, off-the-plan buyers and some banks, but deliver a bonanza for renters and buyers.

“If we see those approval numbers continue, we are looking at the potential of another Gold Coast/Sunshine Coast glut in the unit market.”

He said the glut in Brisbane CBD, South Brisbane and West End apartments would peak in 2016, causing prices to drop sharply.

In Redland City, the average value increased by 2 per cent. Some Bay island land did decrease in value but, other than some localised market movement, residential land values in general were static.

Commercial and industrial land values were static with the exception of some localised movements in Slacks Creek and Berrinba.

Ipswich City land values also remained unchanged overall. The strongest market in the local government area was the greater Springfield area comprising Springfield, Springfield Lakes, Augustine Heights and Brookwater where small increases in land value were recorded. Development has continued in the Deebing Heights and Ripley area, but the value has remained static.

In the past 12 months the Gold Coast property market has continued to improve with an overall increase of 10.7 per cent.

The residential land market has shown significant recovery with median value in Bundall increasing by 38 per cent.

Other waterfront residential land recorded moderate-to-large increases, while beachfront land had only a minor increase.

Generally, residential land in the coastal area increased and land value west of the motorway was static.

Regional Queensland has had mixed results, with a decrease in values in centres influenced by the downturn in the mining industry, and tourism centres such as Cairns showing an upswing in values caused by improvement in the tourism sector. Centres that do not rely on tourism or mining have been stable.

The mining and gas industries continue to influence the property market as the resources sector moves from an exploration and construction phase towards a production and export phase. This slowdown in activity is affecting centres such as Gladstone, Wandoan, Mackay, and townships within the Bowen Basin and Central Highlands.

In Cairns, the property market is showing signs of growth, particularly within the residential sector. Values in all other sectors, including industrial and commercial, are stabilising.

Tourism figures are beginning to improve, with international passenger numbers to Cairns increasing by about 5 per cent, with growth in domestic visitors of about 4 per cent.

In Townsville, the residential market was “subdued”, with limited growth in the city’s northern suburbs, and inner-city suburbs maintaining their values.

Queensland’s Valuer-General Neil Bray said the Queensland economy was adjusting to the end of the construction phase of the liquefied natural gas projects and a slowdown in population growth.

“Overall the Queensland economy is in a period of transition, as construction of the liquefied natural gas projects near completion ahead of the production and export phase,” Mr Bray said.

While investment in homes and units increased 4.5 per cent in 2013-14 – after six years of declining investment – resource and agricultural exports however declined.

“A slowdown in population growth is a further constraint on overall growth.” 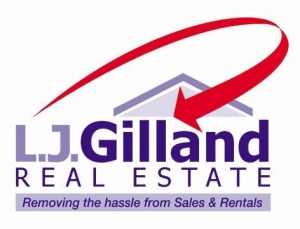 Confidential email:- The information in this message is intended for the recipient name on this email.  If you are not the recipient please do not read, copy distribute or act upon the message as the information it contains may be privileged.  If you have received this message in error, please notify the writer by return email.  Thank you very much for your assistance in this matter and your co-operation